Book review and giveaway of Unravelled by M K Tod

by M.K. Tod and I’m delighted to be able to offer an ebook copy to one reader. This giveaway is open to all, wherever you live in the world, just email me frenchvillagediaries@gmail.com with ‘Unravelled’ as the subject. The winner will be the first name drawn on 11th November 2013. Here is the synopsis:

In October 1935, Edward Jamieson's memories of war and a passionate love affair resurface when an invitation to a WWI memorial ceremony arrives. Though reluctant to visit the scenes of horror he has spent years trying to forget, Edward succumbs to the unlikely possibility of discovering what happened to Helene Noisette, the woman he once pledged to marry. Travelling through the French countryside with his wife Ann, Edward sees nothing but reminders of war. After a chance encounter with Helene at the dedication ceremony, Edward's past puts his present life in jeopardy.

When WWII erupts a few years later, Edward is quickly caught up in the world of training espionage agents, while Ann counsels grieving women and copes with the daily threats facing those she loves. And once again, secrets and war threaten the bonds of marriage.

With events unfolding in Canada, France and England, UNRAVELLED is a compelling novel of love, duty and sacrifice set amongst the turmoil of two world wars.

My review.
Despite having a sombre theme this book is full of passion and intrigue, and I was totally transported into the lives of Ann and Edward. Theirs is not an easy life, there are secrets, troubles, pain, sacrifices and the story twists and turns over the years with the reader as uncertain of what their future will hold as the couple themselves. Ann is a strong character and by the end of the novel I was very fond of her, although there were things she did along the way that I wasn’t keen on. I had a bit of a soft spot for Edward, despite his faults, and I would love to learn more about Helene.

Although it is a novel, the amount of detail in it gave another perspective to my knowledge of the wars. I have visited the Canadian memorial at Vimy in northern France, but the lives of those affected back in Canada wasn’t something I had really given much thought to. The ‘behind the scenes’ work done during WWII in training and volunteering was incredibly important, hard work and very stressful and despite the ‘safe’ distance from the front line, hardships were faced by all on a daily basis. I feel I learnt a lot reading this book.

This was one of those books that didn’t just occupy my reading time, it also kept running through my head when I wasn’t reading and I was always looking to sneak in some more time to read it (yes, it was a stay up late into the night book). The thing that stood out for me the most was the fantastic descriptions that ran throughout the story; beautifully worded and moving, like art on the page. It is hard to believe this is a self-published, first novel as it is such an engaging read and it was difficult to find a book to follow it. 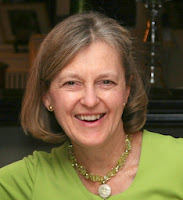 MK Tod has enjoyed a passion for historical novels that began in her early teenage years. In 2004, she moved to Hong Kong with her husband and no job. To keep busy she decided to research her grandfather’s part in the Great War. What began as an effort to understand her grandparents’ lives blossomed into a fulltime occupation as a writer. Beyond her debut novel UNRAVELLED, she has written two other novels with WWI settings and has an active blog on all aspects of historical fiction. Additionally, she is a book reviewer for the Historical Novel Society. She lives in Toronto and is happily married with two adult children. You can also find and follow her on Facebook, Twitter and Goodreads.

Don’t forget to email me if you want to enter this ebook giveaway.