Today I am taking part in a virtual book tour via France Book Tours for I Looked for the One My Heart Loves: A Novel

Synopsis ­- provided by the publisher
Anne and Alexis are separated by war as children and reunited later by destiny. A powerful and dramatic love story that spans decades in spite of its seeming impossibility.

Anne, 9, and Alexis, 11, grow up together in the Montmartre area of Paris. While she has a major crush on him, he merely sees her as his friend’s little sister. After WWII begins, the two are separated as their families flee Paris to avoid the German occupation. When they say goodbye, Alexis promises to always protect Anne.

Anne holds on to this promise for years as she constantly thinks of Alexis, wondering where he may be. Anne grows up, finds works in an art gallery, and marries a kind, devoted man with whom she has two children. But her heart still belongs to Alexis and she never stops looking for him. Their paths cross fatefully one day in Brussels many years after they were separated.

Alexis, living in Canada and soon to be moving to San Francisco, has a family of his own; a wife in constant depression and a son. Despite their responsibilities to family and the geographical distance that keeps them apart, Anne and Alexis find a way to love one another, secretly yet passionately.

But after all this time, will they ever manage to be truly together, completely?

My review
I found this to be a dark and dramatic love story and while I didn’t always agree with their decisions and actions, it was a compelling storyline that never failed to make me want to read more.

I liked the character of Anne and enjoyed her childs-eye view of the outbreak of war and the occupation years in Paris. The fear and frustrations of a child on the brink of womanhood trying to understand an adult war came across really well. A young boy’s promise on the eve of the Paris exodus lit a flame in her heart that she was unable to extinguish, despite him never returning and even after learning to enjoy being loved by her husband and family. I felt it was a shame she couldn’t let go of her past and by hanging on she was never fully happy with her life, something her husband seemed to appreciate. A nice touch was that as time passed it was also through Anne’s eyes that we saw other major events like the Paris student riots in the sixties and the Americans landing on the moon.

Alexis was a mysterious character at the beginning of the book. We never saw much of him and when we did he didn’t offer much information, all of which added to his intrigue. Not finding each other again wouldn’t be much of a story, so I just knew he would reappear, but I never had any idea what the outcome of each meet would be, or what their future would hold. There is happiness and exhilaration for the two of them, but secrecy, frustration, sadness and pain too, and can there ever really be a happy ending for a situation like this? Well, I will say the end of the book was a real surprise to me. 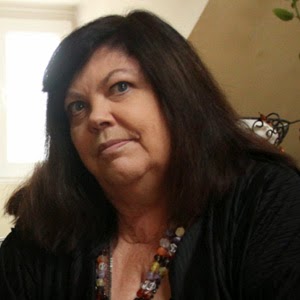 About the author
Dominique Marny was raised in a family that loves art, literature, adventure and travels.
In addition to being a novelist, she is a playwright, screenwriter, and writes for various magazines.