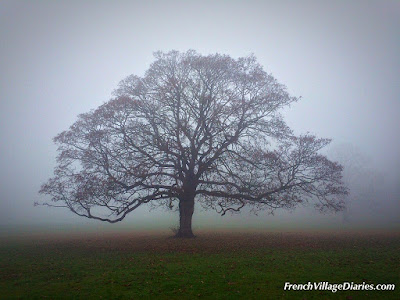 As the last few hours of 2016 draw to a close I can’t help but look back on what has been a year of challenges and wonder what 2017 has in store for us.
Back in April I was excited (and apprehensive) about challenging myself with a weeks cycling in La Sarthe. 480km in six days was more than I had ever done but I loved it! There is something quite special about waking up in one location, setting off for a day on the bikes and ending up in a different hotel that night, having carried everything you need with you (or having Adrian carry it, if I am to be accurate). We are already planning more long distance cycling challenges in France for 2017 and I can’t wait to take you along with us.
In June the UK EU referendum result was quite difficult to come to terms with for us. We are a UK family living and working in France thanks to EU rules and regulations. From TVA/VAT rules that help Adrian run his business, to exchange rate fluctuations that affect our income, to French rules allowing EU citizens to be elected onto local councils that affect my life in the village; as Brexit evolves I foresee quite a few challenges to our way of life in 2017 and beyond. I just hope we can continue to live the life we have chosen.
This summer saw us celebrate our 12th anniversary of living here and the weather was perfect. With sunshine and high temperatures day after day it would have been an ideal summer for cycling, cycling and more cycling, if the challenge of a small operation hadn’t kept me off the bike for a month or so. Thankfully I made up for it by completing my 100km in a day challenge in September, just hours before the weather broke and the driest summer we have known came to a stormy end. As I sit here today on a cold and foggy December afternoon, I can’t wait for another hot, dry summer, and as the days are getting longer, it can’t be far off now.
In November, we hit our most challenging time. We received The Call. When you live far away from family you know that one day the phone will ring, the news will be bad and you will have to make a difficult journey. Adrian’s Dad David suffered a massive stroke on Friday 18th November and although Adrian made it to his bedside, he died on 21st November. He was fit, active and healthy and this has left us all in a state of shock and wondering 'why him?' and 'why now?'. We have been back to the UK three times since he died and him not being there feels very strange and wrong. It has, however, made us appreciate each other and realise that there is no such thing as too many hugs for your loved ones and you can’t say ‘I love you’ too many times.

On a more positive note, this year I challenged myself to learn to sew and use a sewing machine. With a few friends in the village we have created a weekly sewing and knitting group that is full of fun, laughter, coffee and cake, as well as great ideas. With their help and encouragement I’ve made bags, bunting and a skirt, as well as having a great time every Friday morning. There is nothing like community spirit to make you feel at home and put a smile on your face.

I’m looking forward to saying goodbye to 2016 and as always, I want to be more organised with my time next year. Read more books, write more book reviews (and be more prompt about doing so), write more regular blog posts and see more of France (on my bike, if possible). I hope 2017 proves to be a year of health and happiness for us all. Thank you for reading, commenting and coming back.

This post has been linked to Dreaming of France. See here for more posts.
Posted by Jacqui Brown at 6:55 PM 2 comments:
Email ThisBlogThis!Share to TwitterShare to FacebookShare to Pinterest
Labels: Europe, Family, France, Sewing

Book review of Purged by Fire by Diane Bonavist

Purged by Fire: Heresy of the Cathars by Diane Bonavist

In the thirteenth-century, a unique civilization flourished in the region that is now Southwestern France. The tolerant rulers of this realm embraced the Cathar faith which kept the simple teachings of the early followers of Christ, and rejected the venality of the Catholic Church.
To destroy the heretical faith, the pope declared a holy war. With the infamous words 'Kill them all, God will recognize his own,' the crusade against Christendom began. For two decades, these wars decimated the old regions of the Languedoc and the troubadour culture. But when they still failed to destroy the heretical faith, the papacy gave special powers of inquisition to Dominican monks. Their mission was to root out heretics, compel confessions, and burn the unrepentant at the stake.
Purged by Fire tells the intertwining stories of three people enmeshed in the treachery of the Inquisition. Isarn Benet believes he has survived the wars by accepting the pope's will and the French rule, until Marsal, the child he once rescued, arrives on his doorstep, forcing him to question every conciliation he has ever made. Marsal has lost everything to the Inquisition. Raised to always turn the other cheek, now she wants back what the Catholic Church has stolen, and she will aid anyone who helps her do so, even outlaws and rebels. Isarn's son Chrétien can barely remember his life as a soldier and troubadour, the time before he knew and loved Marsal. Condemned and hunted by the Catholic Church, the two escape to the mountain fortress of Montsègur. Here, as the forces of the Inquisition lay siege to their place of refuge, they must make one final choice between life and love or death and faith!

Set in 13th Century France, a troubled time of religious wars and persecution, this is a period of French history I knew little about, but was on my list to learn more. I hoped this book would give me the perfect chance to understand the Cathars and why there had been so much violence towards them.

From the beginning I enjoyed the writing style and the alternating chapters that told the story through the lives of the three different but entangled characters of Isarn, Chrétien and Marsal. I instantly found Marsal, who had been rescued as a baby when the town of Beziers was falling, to be engaging and was intrigued to learn more of her story now she is an adult and alone in the world. Her childhood had been spent in a small Cathar community, but following the death of her guardian, she lost everything. Isarn, who despite taking a huge risk to rescue baby Marsal, now seemed to want to take the easy path for a quiet life; keeping his relationship with Chrétien and feelings for Marsal a secret. Chrétien, his son, was more of a mystery to be unfolded over time. Appearing and disappearing, he seemed to have a hold over Marsal, but also a reluctance to get too close. Despite their lives being difficult, these characters assured I never lost interest in their stories.

This book gave me a good insight to the religious discrimination and persecution of these times and why the Christian beliefs of the Cathars were at odds with the French crown and Roman Catholic Pope. Not an easy subject, but Diane has made it very readable. I’m sure this book will appeal to anyone who enjoys reading historical fiction.

Diane Bonavist's fiction has appeared in Tiferet Journal, The Milo Review, Fable Online, and The RavensPerch. She is a former Editor in chief of Tiferet Journal. Her other novels are Daughters of Nyx, a mystery of ancient Greece and Waters and the Wild, a multi-generational story set in the Hudson River Valley, both to be published in 2017. Visit her website. Follow her on Facebook Subscribe to her newsletter Buy the book: on Amazon

You can enter the global giveaway here or on any other book blogs participating in this tour. Be sure to follow each participant on Twitter/Facebook, they are listed in the entry form below.

Visit each blogger on the tour: tweeting about the giveaway everyday of the Tour will give you 5 extra entries each time! [just follow the directions on the entry-form] Global giveaway - international: 5 winners will receive a kindle/mobi copy of this book

CLICK ON THE BANNER TO READ REVIEWS AND AN EXCERPT