A visitor to the garden

A number of times today I was aware of hearing a really pretty birdsong coming from somewhere in the garden. We are lucky to hear lots of birds here and although I know the Blackbird, the Hoopoe, the Redstart, the Great Tit, the Swallow and the Sparrow, I couldn’t identify this one. As it was so persistent, and so beautiful, I took a moment and stood for a while trying to see who it was. High in the tree, right outside the kitchen door, singing its heart out for me, was a Robin.

Robins have long been associated with lost loved ones and many believe they are a sign that loved ones are near and at peace. In spirituality the significance of seeing a Robin is all about renewal and new beginnings, a reminder to let go of the negatives and encourage us to move forward to a happier place. The older I get, the more I find myself drawn to spirituality, and as it was four years ago today that we lost Adrian’s Dad, I am sure that Robin wanted me to notice him in the garden today and take a moment to enjoy his song. I’m also ready to embrace a new and positive future.

It was important for Adrian to feel that he had achieved something today, so we wasted no time in getting going on our latest project, phase two of the landings/hallways upstairs. We were up early and the first job of sanding the filled bits in the walls, and cleaning the dust this created, was all done before morning coffee. I started off with the final side of the door into our bedroom while Adrian opened the new paint and got going on the pipework, and then we both attacked the walls.

At first, we thought our duck-egg blue paint looked a bit too blue, but as it’s dried it’s much more like we were hoping, and we even managed to get a second coat on late this afternoon. Add in a wash load, another cake baked, a bike ride just before sunset, time spent preparing his course for next week and a batch of pizza dough proving, and I think between the two of us we’ve had a pretty productive day.

Today is World Television Day, as decreed by the United Nations in 1996 to stand as a reminder of the power of visual media and how it can educate, but also shape public opinion and influence world politics. I might not have heard of it until this year, but I think this is certainly something that is very relevant to the world today.

We are not a family who are big on televisions. In 1997, when World Television Day was in its infancy, Adrian and I bought a second hand television from friends for £50. We then upgraded (for free) when his aunt and uncle passed on their old one, and again, when his Mum and Dad did the same. Almost ten years ago, we got our first brand new television, a fortieth birthday gift to me from his Mum and Dad, and in all this time we have only ever had one television in the house. We have never had a television in our bedroom, ever, and Ed has also never had his own, until this autumn, when we bought him a second hand one for the flat in Poitiers. Now how is this for a weird coincidence, when we were in Niort yesterday, we picked up an early Christmas gift from Adrian’s mum; a new television. It is so big that until we can get back to the DIY store to collect the unit we can’t buy in store; it’s resting on a chipboard shelf, and while we try to get to grips with all it can do, Ed is over the moon. He is now the proud owner of two televisions, one in the flat and one, for the first time in his life, in his bedroom. 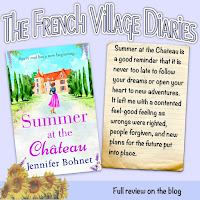